The most complete treatment by Robert Lee and Peter Llwellyn-Jones is in their book:

Re-Defining the Role of the Community Interpreter: The concept of role-space.  2014.  Lincoln, UK:  SLI Press.  View on Amazon. 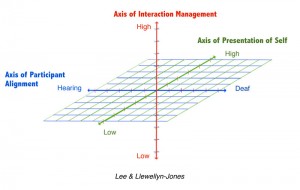